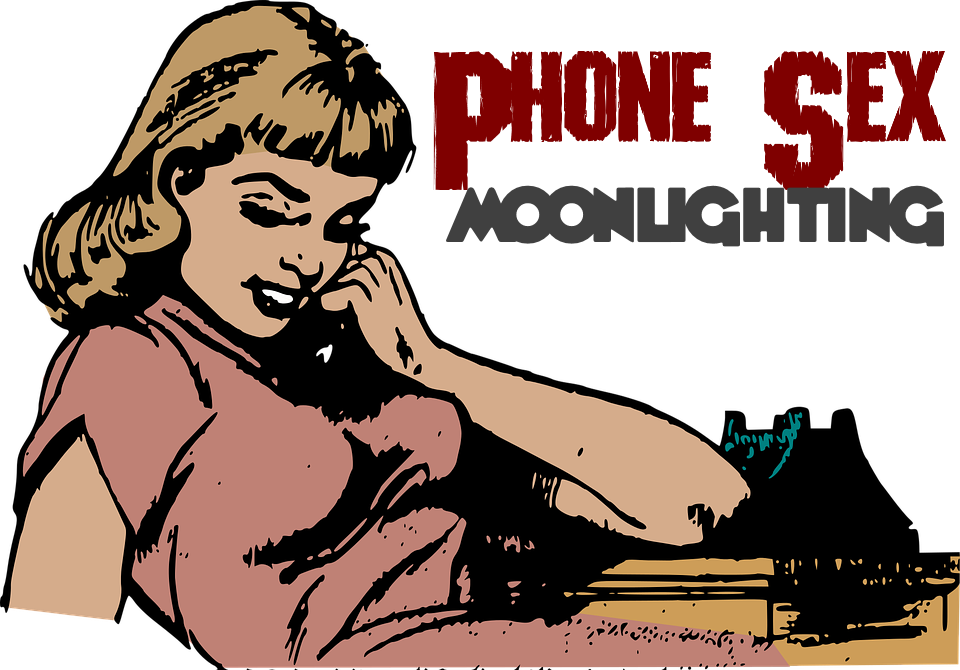 Okay, so we’ve all been there. You get out of bed and find that you feel like absolute crap. You’ve got a headache, maybe you’re on your period, maybe you’ve got a hangover, and you take a look in the mirror to see the nastiest face you’ve seen on yourself since that little bitch in the 10th grade stole your boyfriend. You’re not fit to go on cam, but you still need to make money, honey. The landlord won’t take no IOUs, so the benjies need to keep pouring in. How do you make it a productive day, even though you wouldn’t show your wretched face to your mom?

Well, just pickup the phone and make some money that way. Yeah, phone sex is still a thing, believe it or not. Phone sex lines used to be all the rage 15 to 20 years ago, but now people obviously have more visual erotic options. That doesn’t mean the business is dead, though. When television popped up 70 years ago, everybody thought it would be the end of radio, but boy were they wrong. Radio continued to be a very profitable business, and is popular even to this day. Well, that’s kind of what happened with phone sex lines. Yeah, cam girls showed up and offered a more visual form of remote sexual companionship, but there are still plenty of people who prefer the strictly audio experience.

This basically can’t happen with a PSO because he’s the one picturing every detail of the scene in his own head. If the phone sex operator knows what she’s doing, her vocal cues can set him off into fantasyland where disappointment is a total impossibility.

Trust me, it’s soooo much easier to satisfy a customer as a PSO, as opposed to doing a private cam show. If you’re the kind of girl who’s got that “bedroom voice,” you’re pretty much perfect for the business. Voice is everything in the PSO game, as you might imagine. And if you like talking on the phone, it could be a whole lot of fun for you too! You just gotta be able to let yourself go and get really sensual and verbal. Usually, the customer will lead the whole session, and all you have to do is go along and make appropriate moans and other excited sounds as needed. That’s a bit of an oversimplification, but so many of the sessions basically go down that way.

The money is actually pretty good for PSOs, especially considering that there’s FAR less prep work to do before you actually go live. I mean, with camming, you’ve got to put makeup on, prepare the camming space, get your toys together, setup lighting, do all sorts of checks, yada, yada. That all has to happen before you begin a broadcast, which is a significant investment of time (and time is money!!). But as a phone sex operator, you basically just pickup the phone. I mean, please, it’s a freaking piece of cake, by comparison.

NiteFlirt is the biggest phone sex network out there, and it’s a great place to get started. They let you put up listings on their site in different fetish categories, so you can choose which types of callers you want to attract. They also allow you to sell audio and video clips to your clients, which is an awesome feature. And one of the best things about NiteFlirt is that you can make $50 for every new member you send them who spends at least $50 on the network. Think about that, you could refer a bunch of your current followers to NiteFlirt and get paid for it! Too cool.

You can signup to be a phone sex operator with NiteFlirt here. Enjoy the sexy talk!!